What better way to celebrate our fuzzy companions than by keeping them healthy? Read on to learn a bit more about common diseases in cats and their symptoms.

This post is not intended as veterinary advice, but as a guide for cat parents. This post will help you to ask better questions to your veterinarian, and will also help you to get useful information from their answers.

Common Diseases in Cats and How to Identify Them.

We have ranked common cat illnesses and sorted them according to risk to your cat.

Cancer in cats can be hereditary and/or environmental.

Types of cancer in cats.

This family of cancers comprises about 1/3 of all cat cancers, like Feline Leukemia Virus. (FeLV)

It is caused by inadequate insulin response or lack of insulin production.

It seriously weakens a cat’s immune system and makes them susceptible to secondary infections. The most insidious aspect of this disease is that it can go unnoticed for about a year, when it could be too late to save your cats.

Early and periodic screenings can keep a FIV cat alive, as long as the other symptoms are manageable. Ask your veterinarian for details. 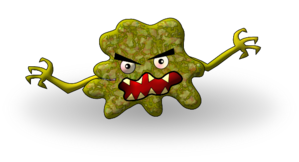 FeLV weakens an animal’s immune system and predisposes cats to a variety of infections, in a similar way to that of FIV. It can lead to lymphosarcoma.

Young kittens and cats less than one year of age are most susceptible to the virus. Cats living with an infected cat, allowed outdoors where they may be bitten by an infected cat, and kittens born to a mother who is FeLV positive are most at risk for infection.

There is a vaccine against FeLV which has proven effective.

BEWARE: Infected cats can be asymptomatic. Ask your veterinarian for an FeLV test

In the US, rabies is reportedly more common in cats more than in any other domestic species.

Animals will not show signs immediately following exposure to a rabid animal. Symptoms can be varied and can take months to develop. Classic signs of rabies in cats include:
Changes in behavior. (including aggression, restlessness and lethargy)

First and foremost, Ringworm is not a worm, but an fungus.

Indirect contact includes any surface or material which has been contaminated with infected cells from another host.

It’s also possible for a cat to be asymptomatic

The nose, throat and sinus are most at risk.

Roundworms are the most common internal parasites in cats .

Nursing kittens can get worms from an infected mother’s milk, while adult cats can acquire them by ingesting the feces of an infected cat.

Happens when cats fall from buildings.

Back in the days of Yore, when my hooman mom was young, cat food seemed simple – cats ate kibble n scraps n no one cared. They figured, dogs eat kibble and hooman food so why can’t cats – they are the same just smaller – right? WRONG!

Cats and dogs are very different animals in spite of the fact that we both find ourselves the most common hooman furred companions. First, the dog is actually an omnivore and can eat and digest a very large range of food, including hooman food. This is partly their physiology and partly their domestication that has gone on thousands of years longer then with the cat. The cat, on the other hand, is an Obligate Carnivore. That means a cat MUST eat primarily meat to survive. Everything else is optional and potentially harmful.

Experts and vets do of course disagree on exactly what is the best food and what to avoid because after all they are hooman and they do have their own biases for various reasons. However, one thing is very clear – cats must eat meat and especially taurine – something that would naturally come from raw animal tissues – which is why all cooked commercial cat foods add a taurine supplement to make up for the lack after cooking. That is also why u can’t simply feed your cat and dog the same food. Without taurine and meat a cat would die.

So, to all vegetarians, please do not ever try to make your cat a vegetarian too. If you can’t deal with the fact that cats MUST eat a meat based diet, then a pet cat is not for you. Plenty of other animals can follow your meal plan, just not cats.

What to feed your cat

So, ok, feed your cat meat. What kind of meat? What kind of commercial food? Is dry ok, or should u feed wet? How about raw? All very good questions, but some of the answers might be deemed controversial depending on who you ask. Our food recommendations can be found in our cat food section.

It starts with this: kibble or wet? While kibble is far more convenient and less messy it should be used in tandem with wet or raw food or not used at all. This is because, while it may make your cat happy and sleek in their younger years, chances r that kibble will come back to bite them in their digestive system down the line. Imagine if all u ate was dried meat jerky. I bet u would be spending many a day groaning in the bathroom. Well, a cat’s system is far smaller and more sensitive than a hoomans.

Studies have actually shown, a lifetime of dry food can have a very damaging and lasting effect on a cat (1). It can lead to inflammation, disease and even cancer. At the very least u will find yourself with an old cat who is addicted to kibble but can’t digest it any longer and is getting skinnier and skinnier while rejecting any other food. Avoid this by simply making wet or raw food a routine part of your cats diet, either alone or with dry as a side option.

I gotz a call frum Hooman Granny, inviting me over to her new place! Sadly she moved abroad, but I will order me staff to take me to see me granny. Keep around fur mo #cat content from da #InternationalCatofMistery #CatsOfInstagram

Ok, so what about all this raw food and cutting out grains? Those ideas come from the fact that animals tend to do better the closer to their natural diet that they can get. In the wild a cat would never have kibble, nor most grains, fruits, veggies, nor even cooked food. There have even been studies indicating that the problem with commercial foods isn’t just grains or dry food, but the fact that the meat is cooked – and cooked very well (2). In the wild a cat would eat mostly rodents and insects and they would be raw. So their system is designed to break down mostly chunks of meat with a little bit of carbs from the stomach of the prey. Old school commercial cat diets mostly ignored this wisdom, but the cat food industry is now starting to come up with better alternatives to basic kibble.

Need a plan? Try this one

So, what should u do? Start out with a variety of foods, because variety is also far better for your cat than one food for years. If u can’t handle raw then just go for a mix of wet foods, or a mix of wet and kibble. But make sure to choose both from quality brands and ingredients. First rule of thumb – make sure the first ingredient is a whole meat and that the rest is mostly meat, vitamins and minerals. Avoid foods high in corn, carbs or other non-meat fillers.

Ok, so u want to go full wild and explore raw food? Its best to start with a pre-made raw diets that include everything in a handy package – like Primal brand foods. Otherwise it can get very messy and confusing very fast. Same rule of thumb about ingredients apply.

We carry all of the above options, of course, including my favorite Primal freeze-dried Venison (raw). Everything we offer are viable species appropriate foods for your cat that have all been tested and approved by our three resident cats. We hope your cat enjoys them too!

What is goin’ on hier? R hoomans just too denz to mak toys we cats really lik ob is dere something else afoot?

I submit that your cat is trying to tell you something about sustainability, waste and their individual preferences. You can buy them hundreds of toys and maybe they gel with a few, but crumpled paper and boxes almost always pleases – for free. So maybe  fancy toys mostly meant to entertain the humans are really for the dogs; but cats do like cat toys right? Absolutely!

Toys with multiple practical or exciting uses that mimic something they’d find in nature generally are preferred (that’s why toys with catnip are winners), but the more people pleasing or impractical the toy is, the less your cat will probably approve of it.

Every cat has a taste.

Each and every cat has its own tastes, just like humans. One cat might like things with feathers that mimic birds or flying things, while another might prefer things that mimic snakes. Its the human’s job to figure out the tastes of their cats, usually by trial and error.

Are they excited by things that move fast?

Or if its crinkly things that start their engine, then get toys that make that same noise and can be scrunched by wee paws n teeth.

Getting the best toys for your cats requires you to know what they like, and to always remember they are fierce (almost) wild creatures, not children in fuzzy bundles.

Da hooman hoo rot dis is owt of his mind. We R children in fuzzy bodies.

Does it look like a mouse in a cartoon, or a real mouse? Cuz cats don’t watch cartoons.

Scroll down for ideas.

Our box rescue operation doesn’t cut down any trees.

We rescue truckloads of quality used boxes from large companies that might otherwise recycle them or simply throw them away. They are guaranteed to work just as well as a new box.

Our boxes are either once used or may even be new factory misprints, overruns or customer returns that are no longer needed. Thanks to relationships with the manufacturers, distributors and large companies who unpack millions of boxes a year, we are able to “rescue” those boxes and make them available to your cats at deep discounts!

Take them as they come, or use as part of your master feline architectural plan. 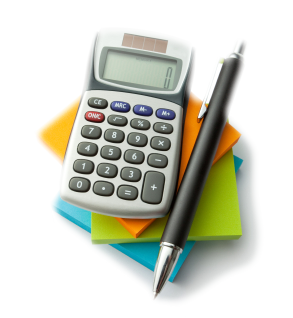 There are no reviews yet.

Only logged in customers who have purchased this product may leave a review.

So Many Boxes, So Wittle Time